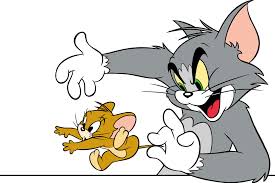 At some point in the twentieth century, we swallowed the strange idea that shopping is a fun leisure activity.

The Escape Artist has never been that keen on shopping.   There’s something a bit sad about seeing debt junkies and Walking Wallets dragged around shopping centres on invisible leads.

But we all want stuff sometimes. So the question is how to get stuff without being ripped off?

This blog does not major on frugality tips. Tesco’s may or may not have cheaper baked beans than Morrisons this week, but who wants to read about that?  This does not mean that The Escape Artist is above saving a few pence on baked beans.

Not at all…the Escape Artist practices The Aggregation of Marginal Gains.  The trick is rewire your operating system so that you naturally save every time you face a potential spending decision.  We face hundreds of these choices every week, so it all adds up to save real money over.

We’re trying to address the causes of ridiculous spending rather than just the symptoms. So let’s focus on what actually makes us happy (spoiler alert: its not spending!). By focusing on happiness and controlling your environment you’ll find that your urge to go shopping slowly melts away.

I think of shopping as a Tom and Jerry style cat and mouse game between you and the retailers / marketers. They are the cat and you are the mouse. They’re bigger and stronger than you. They are happy to toy with you and then eat you for their own profit.

Despite your size disadvantage, you can win this game by playing it on your own terms. You can choose where and when to engage with the enemy. So why would you ever go shopping where The Man controls the environment?

In the bad old days, the answer was that we had no choice.  If you wanted stuff, you had to go to the shops. One thing we all had to buy was food. Supermarkets got bigger, new product lines, restaurants and coffee shops were added.  They created an environment optimised for spending.  What could be easier than gliding around the store, senses dulled by the piped music and overwhelming display of material affluence?

How easily we are lulled into a sense of security and tricked into dropping a book or magazine or some clothes into our trolleys.  Supermarkets invest huge amounts in data analysis and exploiting our psychology to sell us more shit.  From the bread baking smells piped into the store to the sweets placed at child height at the tills, they are fucking with our heads. Remember: its only paranoia if they’re not out to get you.

But capitalism is a dynamic process that gives consumers choice and power.  About 20 years ago, supermarkets started to offer home shopping and delivery which was a terrible idea for them and a fabulous development for you and I.  Now, thanks to the internet, you need never step foot in another supermarket.  Like an A List celebrity, you have people that do that for you….but at no extra cost!

Most shops are dismal places full of suckers being manipulated by CEO’s, consultants and marketeers.   You may want to buy something, that is no reason to actually go to a shop. Buy it online and use price comparison to unleash the deflationary power of the internet. This gives you an edge…just like your favourite football team would have an advantage if it could play all its games at home.

Shops now realise that you don’t need them so they have re-engineered themselves to provide a sense of theatre and a shopping “experience” to trick you into thinking that they are a destination, shopping is a leisure activity and that a better lifestyle can be bought.

Let me illustrate with a story. Last summer, I was hanging around Central London killing time waiting for a mid-morning meeting in an upscale street in Mayfair favoured by hedge funds, art dealers and other providers of…ahem…non-essential services.

I was struck by loud music coming from a doorway entrance. I wasn’t sure what this place was but my curiosity was sparked. Inside the entrance there were 2 beautiful people – a female and a male model.  It was a hot day and they were not weighed down with an excess of clothing. The girl was wearing a smile, a boob-tube top and what used to be called “hot pants”. The guy was wearing only a pair of jeans, revealing an impressive six pack. They greeted me and waved me inside.

I fought back my default reaction to sprint in the opposite direction. Instead I thought of my journalistic duty to you, the Readers and I entered The Dragons Lair. After all, The Escape Artist does not waste good comedy material.

Inside, I discovered that the venue was a clothes shop, not a bar or model agency.  The interior was like a nightclub – it was dark (presumably so you couldn’t look too closely at the clothes), the music was pumping and attractive retail hosts were swirling around like vampires, preying on the weak minded customers.

The Escape Artist’s Bullshit Geiger Counter started to crackle loudly.  The readout on this always spikes up in retail environments but never before had I seen it go up to 11.

The shop was selling velour sweatpants, T shirts and other essentials at premium prices by associating the merchandise with a Southern Californian surfing lifestyle.  Now don’t get me wrong, I’m all in favour of surfing. Its just that I don’t think that buying these clothes would improve the customers ability to ride the Green Room, achieve phat air or get a stomach as flat as a surfboard.

I walked around the store gobsmacked by the absurdity of it all until one of the female vampires approached me, looking to prey on my evolutionary psychology.  Frankly, I wasn’t sure at this point that our fledgling relationship was built on solid foundations.  It was like she was only interested in me for my money…almost as if she didn’t care what a special and unique snowflake The Escape Artist is.  So I did a runner and legged it out the door.

Back out on the street, I checked my wallet was still there and there were no puncture wounds in my neck. As my pulse started to slow, I marvelled at the Emperors Clothes chutzpah of it all – so obviously designed to mug customers trying a buy a dream lifestyle through over-priced leisurewear. Which, I guess, seems easier than saving their money, laying off the doughnuts and actually going surfing.

Note the ridiculous cost and inefficiency of the delivery mechanism. The West End rent and rates. The excess number of employees whose main job is to seduce not to stack the shelves. The hip music and the nightclub decor.  The inflated cost base is of course recovered via the price premium versus unbranded product bought online.

With the internet, you can buy stuff from home, never directly exposed to the retailers mind tricks. Their evil superpowers don’t work if you are not geographically present.  You are never hurried, never disorientated by the music, peer pressure or an intimidating air of hipness.

Here is my checklist I run through before buying something:

I joined a cycling club before Christmas and they ask riders to wear helmets.  Rather than immediately jumping in my car, going to a shop and being upsold, I paused. By waiting a week or so I was able to buy it online in the clearance sales on Boxing Day. I got 55% off the previous list price.   The helmet was brought to my door a few days later by a cheerful postman (I’ve never met a postie that wasn’t cheerful).  No shop visit required.  Compare and contrast with the surfwear retail experience.

Whilst online I saw I could easily have paid 20x more for other helmets, with no obvious additional safety benefit. In micro-economics, students are taught the nice notion of perfect competition with an identical product, no transaction or search costs, many equally well informed buyers and sellers all acting rationally in their own interest. In this theoretical world, every cycle helmet will retail at around the same price.  This is The Law of One Price.

But in the real world, with status seeking, brands, imperfect information and plenty of consumer suckers, the law of one price does not apply.

You can choose how much you pay for most goods. And you can make that choice in your own good time and in the comfort of your own home.