How to hold down any job 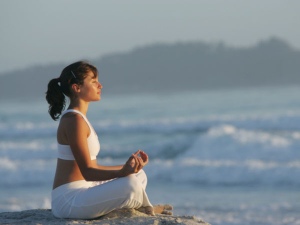 The more you earn, the easier it should be to get your savings rate over 50%.  But well paid jobs often involve stress, competition and long hours.

The key is then to find ways to make it more enjoyable (or at least more bearable) for the period needed to earn your freedom.

Like pretty much everything in life that is rewarding, this means improving your Inner Game.  And learning a few new tricks.

I didn’t always handle my stressful job well.  But I held it down long enough to learn a few tips worth sharing to help anyone working their way to freedom. So here goes.

In a bookshop, I once skim read a book called something like How to be CEO. I didn’t buy it but I took one lesson from it which was that the author (who’d been a CEO of a large American company) realised that, even as CEO, the company owned him.

Not for ever.  But, whilst he was CEO, he answered to The Man. He had made peace with that notion and resolved to work hard…until he chose to do something else.

I used the same approach. Like a prostitute with a heart of gold and 3 kids to support, I knew that my best bet was to accept reality, work hard and play the hand I’d been dealt.  But I kept escape in mind.

If you have a demanding job, you will be deluged with information and people pestering you.

We only have a certain amount of time and processing capacity. So treat these as scarce resources.  This means subtracting things from your life (rather than always adding more). So cut shit out of your life (e.g. TV News, timewasters, social media, shopping, junk mail, advertising).

Your brain is like your baby daughter.  She’s capable of wonderful things but she needs love, care and rest…and to be firmly protected from predators.

Would you feed your baby daughter Alabama Fried Rodent and plonk her down in front of a horror film (TV news) interspersed with adverts?  No.

So why would you treat yourself that way?

Zoologists can predict the health of a chimpanzee by observing the behaviour of the 5 chimps around them.

The same applies to humans.  You are the average of the 5 people around you.  In The Prison Camp, some of the other prisoners are overly competitive. Some are negative, having given up on escaping. So be careful who you surround yourself with.

Life is much easier if you can chat with sane people on the same wavelength.  If you work in an “up or out” hot house environment, these people may get harder to find the longer you stay in The Prison Camp.

The most powerful thing you can do is get a mentor who is a bit older / more senior than you. If you can’t find good people at work, find other ways to bring sane positive influences into your life. Reading this blog is a good first step. 😉

4. Live as naturally as possible

Sitting at a desk in a glass box under fluorescent lights all day is unnatural. My offices reminded me a bit of battery chicken farms.  It’s better for us to live free range.

It would be more convenient for The Prison Camp if we were robots.  Robots work constantly, never get bored and don’t need much personal development. The Prison Camp doesn’t always make it easy but, within the constraints of employment, you can choose to live as naturally as possible.

Some people are naturals at this.  I was not.  I started out with a horror of the idea of “networking” with its connotations of golf, smarminess and office politics.

But it’s not enough just to work hard.  The skills that get you promoted at junior levels are very different from the skills you need as you get more senior. You can be the best technician in the world but you need to reach out and develop relationships and alliances at work, at competitors and at clients.

This is often the first thing that gets dropped when people get busy.  But its how you plant the seeds that may feed you in the future.  Remember the 4 quadrants of importance vs urgency as adapted from The 7 Habits of Highly Effective People.

6. Focus on what you can control

When I worked at a big accountancy firm, there were ridiculous internal propaganda exercises with titles like “Project Rocket”. The purpose was a) to give management something to do and b) to exhort the inmates to work harder.

The young Escape Artist naïvely used to take that shit seriously. I asked some of the longer serving high performing members of the team about this.  They told me they ignored it and just focussed on doing the best client work they could.

In a corporate environment you have to find ways to avoid pointless activity. I had an “Ignore until shouted at” folder where I put anything that wasn’t productive.

Judge your day by what you produce  (e.g. your email outbox), not by the shit that arrives (e.g. your inbox). My inbox would get bombarded with messages from people panicking, bureaucracy and general spam.  I couldn’t always control that, but I could always control my response.

When in a boring meeting, I would sometimes console myself by remembering what I’d been paid to sit there. There is not much point in spending your life in The Prison Camp if you’re not getting paid properly.

Its easy to get hung up on notions of fairness and status. In the Prison Camp, these are generally irrelevant distractions.  Remember: the labour market is a market. A few years ago, I saw a fascinating documentary that showed some plumbers in London earning over £250,000 a year, much more than most office workers. One of the traps of The Prison Camp is confusing white collar status with how much you are actually taking home.

Know what the market price is for your skills and effort and how your pay compares to peers inside and outside your firm. This should include knowing what interim contractors get paid (you might be surprised).

Once you have this information and know how to negotiate, it may be time to go and see your current boss (or some prospective new bosses) about a pay rise.

8. Get comfortable with uncertainty

When you are junior at work, you are shielded from the reality that uncertainty is constant and no one has everything under control.

The higher you get up the chain, the more you realise the people at the top are making it up as they go along. This is not a criticism, it’s just recognising reality.  The scary thing about the 2008/09 financial crisis was that the CEOs of banks, finance ministers and central bankers had no clue how bad the crisis might get.

The more senior you are, the more you have to get comfortable with uncertainty.  Successful people still feel nerves but they learn to operate despite uncertainty.

The Escape Artist was not always enlightened during his time in The Prison Camp and was sometimes (ahem)…known to get frustrated and lose his temper.

For me, the best prevention and cure was exercise. I don’t mean wishy washy jogging, I mean getting deep into the red zone. What The Escape Artist may have lacked in natural sporting talent, he made up for in enthusiasm and masochism.

One alternative is to blow off steam with alcohol. There’s a big difference between celebrating completion of a project by getting good and drunk (which I think is healthy every so often) with drinking habitually to numb the pain in your soul (not so healthy).

If you commute, here is a productive way to spend the journey. Get a sheet of paper and a pen.   Split your life into broad categories and divide the paper accordingly. For example 4 quadrants such as 1) Work 2) Health & Fitness 3) Spending 4) Family and friends. Whatever makes sense for you. Then come up with 10 new ideas and write these in the relevant quadrant.

Exercise your creativity muscle and develop the habit of generating new ideas. The successful people I knew at work found a way to capture their ideas and follow up on the good ones.  So get a whiteboard on the wall in your office and carry a notepad around with you.

The author of Man’s Search for Meaning was a Jewish psychologist and prisoner in Auschwitz.  He noticed that the prisoners that survived the labour camp the longest were those that found some meaning in life, no matter how bad the conditions.

I managed to find meaning in my work in different ways. First, I always remembered that my job was paying for the food that fed my children. Second, I managed to find ways to link what I was doing to some social good.  If you work in the City, this may require some mental flexibility.

Some readers may remember the Japanese TV game show Endurance. A typical episode involved contestants clinging onto a wall whilst sadists threw hot soggy noodles at them in an attempt to knock them off.   The winner was the last contestant clinging to the wall.

The Prison Camp works on similar principles. The people that get promoted are the ones still standing after long hours, travel, sleep deprivation and general nonsense.

Stoicism can help you here.  Stoicism is an operating system where you seek out challenge and use it to get stronger. Stoicism comes from people that held down the most demanding jobs in the ancient world.  You can read how Marcus Aurelius, Roman emperor, dealt with his job as CEO of The World in the book Meditations.

One of the ways I managed to hold down a stressful job was to do things that were harder than an office job.  Like getting up early to run to the office in the dark in February. Or cycling up big mountains. These things seemed hard to me. As did the idea of changing a nappy before we had children.

But we can all get better at dealing with shit.

Tags: How to deal with stress, How to put up with a crappy job, How to stay calm