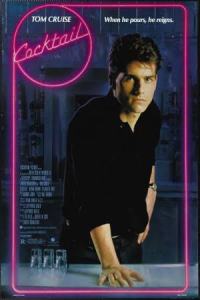 Not actual photo of The Escape Artist

The Escape Artist has heard many fears expressed about financial independence.

One is the understandable fear of eating into your savings.  This often manifests itself in long debates about the Safe Withdrawal Rate.

Another line of objections revolves around the scary prospect of having no job to structure their time for them. What would they do all day?

Then there’s the fear that your spending will go up once you have quit and are no longer kept occupied full time by Megacorp Inc. / Big Law LLP.

Hold on, there is! It’s called a job.  But I’m not talking about permanent wage slavery.  Not something that traps you and eats away at your soul. No, I’m talking about temporary gigs. After financial independence, you can stop worrying about how to earn the most money and start to think about what would be fun and interesting.  Ideally where you get paid something (which always feels good).

For example, over the years The Escape Artist has spent quite a lot of money in bars and at festivals.  Could there be a way to spend time at these places without burning money?

Well it so happens that there is.  I’ve just spent a couple of days working as a barman at The Goodwood Revival festival of motor racing.  This experience was rich in comedy value.  And I learned a few new things as well.

I was working as a barman in a fancypants VIP area in one of the sponsor hospitality zones.  The sponsors included Aston Martin, Porsche and Jaguar Landrover.  I’m not quite sure what you need to do to get invited as a VIP guest of these companies but I’m guessing it might involve spending a shit load of money on their cars.

I was also amused to see that a couple of the hospitality tents were sponsored by stockbrokers / wealth managers.  At least the car makers don’t hide the fact that their client’s money will be going up in smoke.  If only financial advisers were that honest. 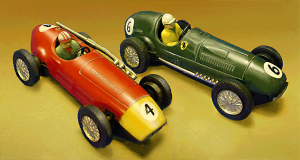 Personally, I’m not a petrolhead.  I can appreciate the beauty of the design and engineering of say an Aston Martin.  Just not enough to fork out a life changing amount of money on what is, let’s face it, a motorised shopping trolley or a clown transporter.

In the real world, the car is never the limiting factor: it’s either the traffic, the driver or the speed limit. I’ve already established that a modern, second hand Skoda is more than fast enough to terrify myself.  So why would I need an Aston Martin?

There are 2 ways to get into the VIP area.  Option 1 is to become a zillionaire (or marry one), then spend several hundred grand on cars, earning enough credit to get an invite.

Option 2 is to get paid to work the bar. Where I was stood, I had a panoramic view out over the lawn, the racetrack and the beautiful rolling English countryside of the South Downs.  I could see the cars go by and even saw a couple of spins / crashes.

I don’t know about you, but to me option 2 seems much easier to achieve.

You may say that I’m comparing chalk with cheese.  And some would say that its much better to be a fancypants corporate guest guzzling champagne and canapes rather than a lowly barman on minimum wage.

But is that really true?

Contrary to the propaganda of advertising, consumption is not the highest calling for a human being.  And serving other people is not humiliation, nor is it exploitation, it’s a natural and important part of life.

You may ask whether I have any credentials to be a barman. To which there are 2 answers. Firstly, I worked in a pub when I was a student. Secondly, I spent 20 years working in the City. If only that had prepared me for a job serving demanding rich people with a well developed sense of entitlement. Hold on, when you put it like that….

I used to work in corporate finance. I was not a big rainmaker by City standards but I met quite a few of those types. Few people realise that being a top corporate finance adviser (sometimes referred to by silly journalists as “Masters of the Universe”) is in essence the same as being a high paid butler.  Think Jeeves with Powerpoint.

All of these so-called Masters of the Universe are mere servants, there to serve the desires, whims and foibles of their corporate clients. That means being available 24/7/365. If they don’t serve their clients, they don’t win business and they get fired. The Porsche Cayenne then has to go back to the bank and the Ski chalet gets repossessed.

I attended enough corporate entertaining back in the day to know that it’s overrated.  Corporate entertainment is to your social life what eating Mars bars is to your nutrition.  The first one may taste sweet. But it’s not real and ultimately it doesn’t nourish your body or your soul. Yes, its all very well stuffing your face with posh food and drink, surrounded by people you don’t really know that well….but ultimately it doesn’t compare to a few inexpensive tinnies with your real mates.

Being a barman involves good old fashioned work. It’s a real job and yet easier than coalmining. You can think of it as performing an important role, helping people have a good time.  You get much (most?) of the benefits of the atmosphere and the happy festival vibe. With no hangover…financial or otherwise.

I treated the bar job just like I would treat any job…which is to do my very best for my clients. Knowing that you are doing the job through choice helps free you to do this and not resent the fact that you are stuck doing something just for the money. I love those stories about Steve Jobs insisting that the inside of the ipod / ipad etc be aesthetically pleasing (even though the customers couldn’t see and wouldn’t know the difference) because that’s how a craftsman thinks.

The Escape Artist is probably the best barman in the world.  OK maybe not, but I worked hard and gave it my best.  I smiled at the customers, complimented them on their outfits where appropriate (it was fancy / period dress) and delivered witty banter (or as close as I could manage) along with the drinks.

I never spat in any of the glasses.  And I always filled the pints and the champagne glasses right to the top.  If like me you have a value investor’s mindset, it’s annoying when a barman gives you a short measure.

At one point my supervisor told me that I was filling the champagne glasses too high for their profit margins and to put less in each glass.  As he said this, I looked respectful and nodded obediently.  I then completely ignored him and filled every champagne glass to the top.  I figured that when you are paying £18 it’s only fair that you get a full glass. The beauty of having Fuck You money is that, if necessary, you can always tell your boss…errr….well, you get the idea.

I’m not saying that my experience was comparable to someone who had no choice other than to work a minimum wage job.  I worked 12 hour shifts with one half hour break, which is a long time to be standing up.  Doing this gives you a little more empathy and a window into how hard other people work…and how shitty it would be to work on minimum wage if that was your only option.

But there is real wisdom in the old saying that a change is good as a rest.  If I was forced to do that job every day for years, I might go mad.  But to do it through choice for a weekend as a fun experiment is a beautiful thing.

It’s free entertainment plus some extra cash thrown in.  What’s not to like?