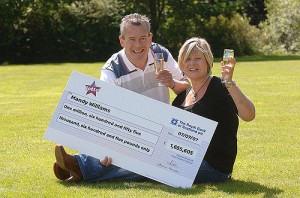 You’ll soon be handed one of those outsized cheques for £5million and will have that slightly awkward moment when you struggle to squeeze it through the doors of your bank to pay it in.

Unlikely…you say? Well..let’s be honest, the odds are pretty slim…what with the chances of winning the UK lottery being maybe 1 in 14 million.

But someone will win the jackpot. And you might think that would be a good thing for the winner, right?

Wrong! People dream about winning the lottery as the end of their money problems. But the reality is that for most people, its more likely to be the start of their real problems.

Here is a striking statistic for you.

In the US, The Certified Financial Planner Board of Standards says nearly a third of lottery winners end up declaring bankruptcy.

No, that it not a typo… ~33% of lottery winners end up going bankrupt.

So people that win the lottery are more likely to end up bankrupt than people who haven’t…I shit you not.

Studies also show that lottery winners fall out with family and friends and suffer higher rates of depression, drug and alcohol abuse, divorce, and suicide than the average person.  That’s why there are so many stories of how winning the lottery can ruin your life.

These uncomfortable truths tell us something about human nature:  in our natural state, we are all just monkeys when it comes to money.  If you never do any work on yourself, you will always be a monkey.

Most people assume that the problem with their finances is that they don’t have enough money. This is understandable but Wrong.

To see what I mean, imagine that we handed £5m to 2 different people. The effect would be very different depending on who we gave it to.

If we handed £5m to Mr Money Mustache, he’d change nothing at all in his lifestyle…he’d easily deal with that £5m (either investing it or giving it away wisely). It wouldn’t be a big deal for him.

Now imagine we handed the £5m to an alcoholic or heroin addict…its not gonna end well.

Those are the extremes. What about normal people? If we hand them £5m, best case it would lead to problems.  In the worse case scenario, it would destroy their life…because they don’t have the capacity to handle it.  Have you ever wondered about all those pop stars / footballers etc whose lives turn into car crashes (sometimes literally) when they get too much money too quickly? They never learned how to handle money.

You know those politicians / journalists / talkers that pretend that if the government just gave more money to the poor then everything would be marvellous?  Sadly this isn’t true.

Weakening people’s incentives to take care of themselves and their family is a disaster.  That’s why I’m in favour of a basic universal income.  As soon as you start means-testing / withdrawing benefits for people with savings, you fuck up the incentives.  And people respond to incentives.

There’s a simple way to tell if you’ve learned to handle money and are already truly rich:  when you receive £5m and you don’t change the house you live in, your car or the person you sleep with.

So there are 2 ways to get effectively richer.

So what if you’ve just won £5m on the lottery?  Well firstly, watch out! Most people are going to want something from you.

But here’s some free advice that’s the truth. And, if you’ve won the lottery, this might just save your life.

Thank God I was here.

Don’t take the publicity option. Publicity is valuable for the lottery organiser. For you it’s a disaster. Tell no one other than your husband / wife.

Going public will change your relationships with the people around you…probably not for the better.  Heard of The Bank of Mum & Dad? Wanna be Mum & Dad to everyone? Hint: you really don’t.

Suppress your ego…and keep schtum.  This is the hardest thing of all.

This advice may seem ironic coming from The Escape Artist but DO NOT just walk into your boss’ office and tell them where to stick their lousy job.

Don’t throw all of the cards up in the air at the same time. You’re not ready. Your job provides structure, community and a reason to get out of bed in the morning.

Even if it’s a shit job, you will need something to replace it with. So right now you need a period of transition…at least 6 months.

Seeing as you’re probably not gonna follow my advice here, I will allow you some exemptions:

Doing nothing may sound difficult here. But The Escape Artist has noticed that procrastinating comes naturally to most people…so why not in this scenario?

3. Once you’ve been rich, never be poor again

It sucks to be poor.

But one thing worse than being poor is having been rich and then ending up poor.

Fortunately, this is easy to avoid. Get debt free. Then create a diversified portfolio so that no one event can ever make you poor again. Not Brexit, not a stock market crash, not hyper inflation…nothing short of Zombie Apocalypse.

Step 1: pay off all your debts. Then never, ever, ever borrow any money ever again. 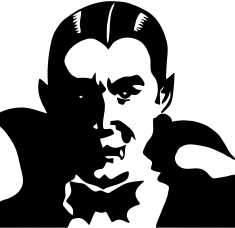 Its just as easy to invest your own portfolio as it is to manage an online bank account. So you don’t need anyone else to “take care” of your money.

But if the news leaks out, you’re gonna have a load of wealth managers and financial advisers chasing you.

These are really salesmen. Here are 2 ways to tell if they are trying to screw you:

1) Do they charge a % of the funds being managed?  If so, run away.  If they run after you, use an appropriate level of violence.

2) Are they lying? When they say they’ll select funds whose outperformance will cover their fees, are their lips moving? This is a dead giveaway.

If you need help (and you probably do), find an accountant or financial planner that works for a clear fixed fee.  Preferably someone that doesn’t need to get rich by fleecing you and actually has some clue what it’s like to be rich themselves.

I would say that, wouldn’t I? Yes…but I also happen to be Right. 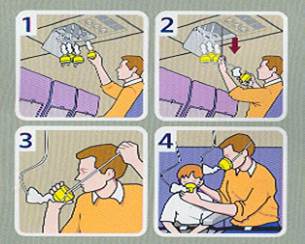 Apply own oxygen mask before helping others.

After you’ve cleared your debts, invested your money and six months have gone by, you’ll have a surplus of income.

Feel free to make the world a better place by targeted interventions.  By all means pay off your parents mortgage. Or your children’s student debt. But do not buy shit (cars, phones etc) for people or give them cash…it’ll get pissed away.

You are allowed to give money to charity.  Why not learn from a pro and look at how Bill Gates gives away billions using the principles of effective altruism?

But it’s not just about money. You can also contribute your time or knowledge. Find what works for you.

I am now gonna let you into a secret.  These principles don’t just work if you’ve won £5+million on the lottery. They work for smaller wins, for inheritances, bonuses and other windfalls.

And now the biggest secret of all.  These principles also apply even if you haven’t received a windfall but just want to be happier.