Get Rich with…cooling off periods 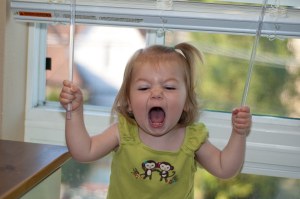 Imagine a 5 year old in a toy shop.

The 5 year old sees a magic frog or a lightsabre or a pink princess doll. They are hit as if by a lightning bolt and are instantly in love. THEY GOTTA HAVE THAT SHIT AND THEY GOTTA HAVE IT NOW!!

The child senses that Mum & Dad are weak and starts demanding. Feet may be stamped. Tears may be shed. Heartstrings will be tugged upon.  It will be a right old drama and no mistake.

And yet, if the parents weather the storm, tomorrow the sea will be calm again and the child will probably have forgotten the toy. Everything changes with time. This too shall pass.

That is why you need to be familiar with the concept of cooling off periods. And even more important…to actually use them in every area of your life.

What’s a cooling off period?

A cooling off period does exactly what it says on the tin. It lets you cool off. Before you make that decision, you put it on the back burner for say 24 hours and you sleep on it. You deal with it the next day when things may look very different.

In The Seven Habits of Highly Effective People, Stephen Covey explains how we don’t always get to choose what happens to us (the stimulus) but we can always choose how we react (our response).  You can train yourself to widen the gap between stimulus and response.

How long should the cooling off period be? It depends on the size and consequences of the decision. Here’s how I put it in How To Make A Big Decision:

If something is a bucket 1 decision, do not delay, do not pass GO, do not collect £200….do not do anything until you have sorted this shit out.

The world is full of pressures to make decisions quickly.  If it’s a Bucket 2 decision, stand your ground, take your time.”

Cooling off in spending decisions

These days I find it easy not to buy stuff. My auto-pilot setting is “don’t buy stuff”.  Sure, I can “switch to manual”, take control of the plane and buy it. But over time, I’ve trained myself to wait.

I now use cooling off periods for just about everything. For example, I wont buy a pair of trainers the same day I see them. I’ll always sleep on it and see if the want is still there the next day. To some this may seem strange. After all, what’s the point of being rich if you have to think about buying some trainers??

Just as the tastiest food is the food you eat when you are really hungry, so delayed purchases can make you more happy.

Here’s my most extreme example of delayed gratification. Last spring, after a cooling off period of over 30 years, I bought a brand spanking new air gun with fitted telescopic sights…something that I had wanted ever since I was 15.

When I was a teenager, we lived in the countryside and I spent many a happy hour, playing with an old (very old) air rifle that a neighbour had lent me.  Let’s be honest, that air rifle had seen better days. It lacked power and was about as accurate as one of those guns at a funfair where you can win the big teddy bear if you can knock down all the targets…good luck with that.

Back then I often fantasised about buying a brand new air rifle. The only problem was I didn’t have hundreds of pounds spare. By the time I did, I was working as an accountant in London and buying a gun didn’t seem like my top priority.  Then along came children and I turned into a (mostly) responsible Dad and breadwinner. When children come along you have to be the adult and, annoyingly, its no longer all about you.

But >30 years later, I finally bought it. To me, it feels better for the wait and for the contrast between the clapped out gun I had when I was 15 and the thing of beauty that I now possess.  You have to taste the rough to appreciate the smooth.

Cooling off in investing

I use cooling off periods for every single investment decision. I have an unbreakable rule that I will always leave at least 24 hours between having the bright idea and buying the new share / fund / bond / other asset. Often much, much longer. 24 hours is the absolute minimum.

The investment opportunity will be there tomorrow.  If you are worried that it won’t, well that’s a red flag that you’re gambling rather than investing. When buying a stockmarket fund, the ideal holding period is forever. How could one day’s delay possibly matter over the long term?

The aim of the game when learning to be a better investor is to lengthen out your time horizon to start thinking in terms of decades rather than days, weeks or months. In investing, good things come to those that wait.

Cooling off in business

I used to work in corporate finance and it was a rush, rush, rush business.  People would invent “ambitious” (read unrealistic) timetables and then try to cajole everyone else to meet the timetable.

Other people (especially your boss) will often try to persuade, influence and cajole you into making the decisions that they want in the timeframe that they want.  Those 2 things are linked. In other words, the quicker you make a decision, the more likely you are to make the decision they want.

If you are dealing with a dispute at work, avoid responding hastily to angry emails. By all means draft the response now whilst its fresh and raw but do not press send until the next morning and you’ve re-read it in the cold light of day.

Cooling off with other people

As always, this is not just about the money.  A gap between stimulus and response has saved many friendships, marriages and other relationships.

Here’s a quick reminder of this important principle. 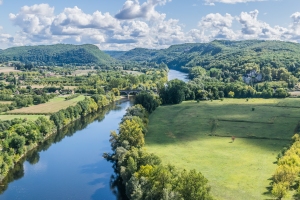 Imagine you are swimming in a beautiful river. The sun is shining, the water is clear as crystal and everything is marvellous. Some clown then jumps in upstream and craps in the river. The turd comes floating downstream heading towards you.

The correct response to this is not to get angry, pick up the turd and throw it back at the clown…thereby setting off a shit-slinging contest where everyone gets covered in it.

No, the correct response is usually just to step aside and let it flow past you downstream and out of your life.

When DON’T you need cooling off periods?

A lot of people see financial independence as being about hardcore frugality. I don’t see it that way. It’s about buying smarter, not always just saying no.

Let’s say you have a favourite food that’s on special offer – its half price for one day only. The right course of action here (if the food is storable) is to back up the truck and load up at bargain prices while you can.

Another great rule to live by is this: if you are agonising over buying an educational book (see this list of life-changing books) then you’re doing it wrong.  By all means see if you can get it from your library / secondhand. But if you can’t, pull the trigger and buy the damn book. You should always be prepared to invest in yourself…and few things in this world have the return on investment of a great book.

Everyone is different. More people are spenders, some people are hoarders. This was brought home to me a few years ago, when I was doing a public talk about How To Worry Less About Money. One of the people in the audience put her hand up with a question. She had a spending problem. So far, so normal.

But her problem was an unusual one: she couldn’t bring herself to spend money. So she lived in a bare unfurnished flat with no tables or chairs. I suggested she start to break her pattern by giving just £1 away to charity to “get off the mark” and get used to the act of allowing money to flow out of her life. Start small and work up via baby steps.

Frugality (and impulsivity) both lie on a spectrum.  Where do you sit on that spectrum?  If you are a procrastinator, you need to “pull the trigger” more quickly.